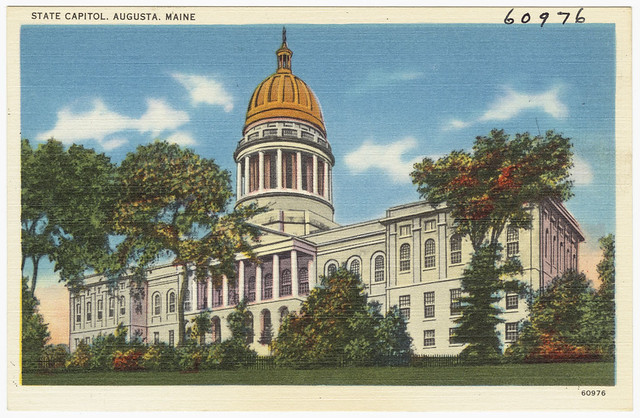 Don Sneigowski of Blue MauMau reports: Maine’s House of Representatives on Monday passed the Small Business Protection Investment Act LD 1458 by a vote of 75 in support and 60 against.

Franchise owners in Maine are pushing a law that they say will allow them to better hold onto their business equity. Under the act, franchisors would be required to provide a 60-day period for a franchise owner to cure a problem before it is terminated. Franchisors would prefer to be able to terminate a franchise on the spot in order to keep the brand pristine. The bill would also allow the reasonable right for a franchisee to pass their business on to their spouse, child or chosen successor. Franchisors want to keep their current right to sell the expiring franchise to whomever they want. They remind lawmakers that the franchise contract is written between an individual, not a family, and the franchising firm.

“There is no doubt that the Maine Franchise Owners Association has achieved a major victory for its members and for all Maine franchise owners,” wrote the association’s executive director Jim Coen to its members this afternoon. He asked Maine franchisees to contact him and their senator to support the bill. “We can use your help in the Senate,” stated Coen.

The bill was argued back and forth on the floor of Maine’s House of Representatives for nearly an hour. Representative Aaron Libby (R-Waterloo) stood up to argue, “I don’t care if we are talking about drugs, prostitution or franchising. We should not get involved with contracts between two consenting adults.”

Representative Jeff McCabe (D-Skowhegan) said that franchisors would not negotiate with franchisees about the bill so lawmakers had to step in. “Today we have come up with a compromise,” he said about Maine’s lawmakers amending clauses in the original bill. He also argued that 18 states had franchise relationship laws “to protect their citizens.”

Both the opposition and supporters were bipartisan. Representative Andrew T. Mason, a Democrat from Topsham, opposed the franchise protection bill. He asked where the franchisee pain was, declaring that Maine’s franchisees were indeed a happy lot. “Ninety-four percent of franchisees enjoy operating their franchise,” he quoted from a marketing company.

The bill now goes on to the state senate for a vote, where it is likely to encounter tougher opposition.