Ed Wolak, Chairman of the Maine Franchise Owners Association contributed the following letter to Bangor Daily News and it ran in the paper and online today March 11, 2014.

By Ed Wolak, Special to the BDN 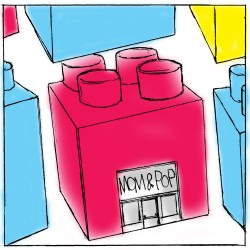 The Maine Small Business Investment Protection Act, LD 1458, is making its way through the Maine Legislature. A vote in the House could occur as early as next week. I write today in support of the bill along with small-business owners in Maine who belong to the Maine Franchise Owners Association.

We own the franchised small businesses within Maine communities. We live in Maine, hire Maine workers, pay Maine taxes (on our homes and our stores), and play an important role in our communities by donating to local charities and sponsoring local events.

Intense opposition to the legislation is primarily funded and coordinated by powerful out-of-state special interest groups, including the International Franchise Association, an organization founded by franchisers — large billion-dollar corporations located in California and Illinois — not Maine small-business franchise owners. In fact, most franchisers pay no business taxes to the state of Maine.

Maine franchise owners support LD 1458 because it will strengthen franchising in Maine. LD 1458 will protect Maine’s small-business franchise owners in an industry that has tilted out of balance.

The bill, as amended by Sen. John Patrick, D-Rumford, co-chairman of the Legislature’s labor and commerce committee, was reported out of committee as the minority report. It contains four basic principles to protect small-business investment in Maine. Eighteen other states have some level of franchise protection legislation. Maine already has laws that protect auto, farm equipment and appliance dealers.